Candidates must have:
• a university degree in any subject (degree in translation, law or legal studies will be considered as an advantage);
• proof of translation experience in the relevant language pair/-s;
• competence in working with CAT tools (Trados Studio, memoQ, TStream, Translation Workspace);

and extensive knowledge of at least one of the following fields:
• legal, EU documentation;
• technical and intellectual property rights.

Currently we are assembling a team of linguists to participate in a tender issued by The Translation Centre for the Bodies of the European Union. The subject is standardised technical texts in the field of intellectual property rights. Projects will need to be translated from all EU languages into Romanian. Later this year we will also participate in TRAD19 tender which is going to be a new and updated version for Omnibus 15’ tender.

AD VERBUM is a family owned company, established by current owners and board members. The company was established in mid-2002 to meet the high demand for quality translation and localization services for the three Baltic languages. Over the years the rapid growth of AD VERBUM required equally rapid growth of the company staff, including professional Project Managers, Linguists and Quality Assurance Specialists. By the turn of 2006/2007 AD VERBUM had grown to one of the leading translation service providers in the Baltic States, at that time already covering other Eastern European languages for our trusted Customers. After careful consideration, the decision was made to broaden the specialist language range of AD VERBUM to include all Eastern European languages. Work begun on recruiting professional Linguists for the new languages, and by the turn of year 2008 AD VERBUM officially announced the new language specializations. To further support our Project Management capacity in November 2007 AD VERBUM opened its first office abroad, in the then new EU member state Bulgaria. Currently we translate into and from all European and major Asian languages in various business verticals. 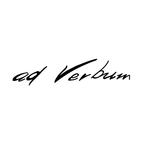